Every June, there is a statewide Primary Election in New Jersey.  You must be affiliated with a party in order to vote in the party’s primary election. 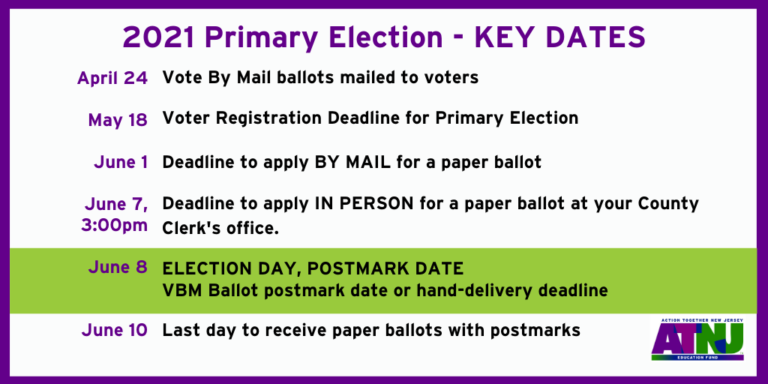 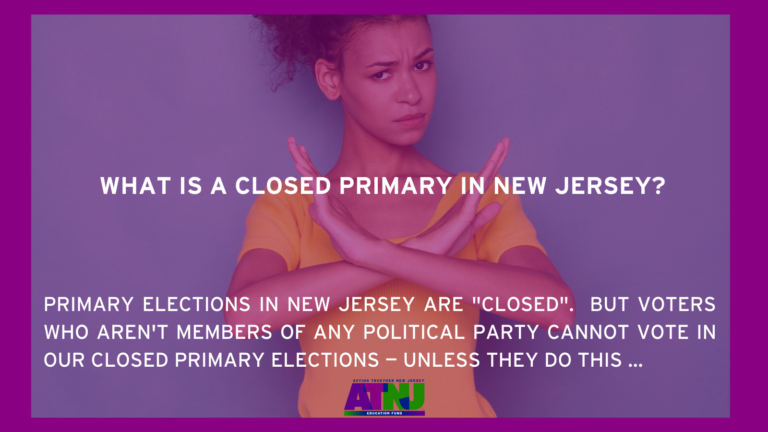 About the "Closed" Primary Election

This year, the Governorship and all 120 seats in the state legislature are up for election. Passing laws impacting nearly every aspect of life in our state, state legislators play a big role in deciding how our tax dollars are spent. 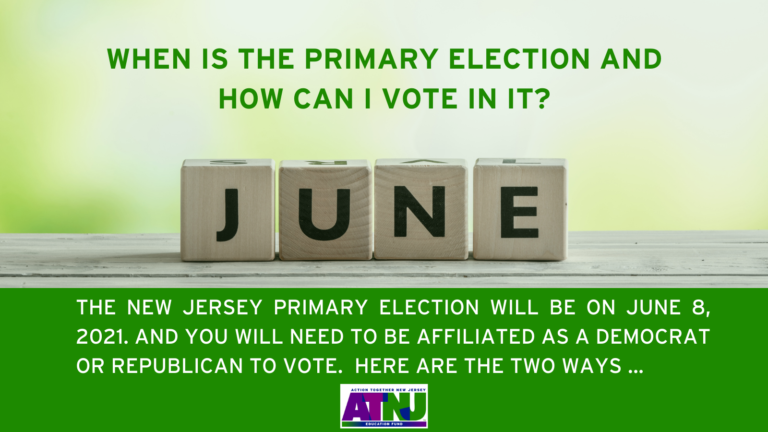 When and What Parties?

The New Jersey primary election will be on June 8, 2021. If you are registered to vote, but not affiliated with any party, just go to your polling place on June 8 between 6:00 AM – 8:00 PM. Tell the poll workers which primary you’d like to vote in — Democratic or Republican (the only two parties who qualify for primary elections under state law at this time) — and they will provide a Political Party Affiliation Declaration Form to fill out.  Once you vote, you can fill out another form and change it back to “Unaffiliated.”

If you are currently affiliated with a party and would like to change your affiliation to vote in another party, for example from Democratic to Republican, you must fill out the Political Party Affiliation Declaration Form at least 55 days before Election Day in order to vote in that party’s primary.

The June Primary Election is only for the Democratic and Republican parties.  *If you are a registered member of the Green Party, Libertarian Party, Natural Law Party, Reform Party, U.S. Constitution Party, Conservative Party or the Socialist Party of New Jersey you can participate in the convention of that party, according to its bylaws, but you cannot vote in either the Democratic or Republican Primary.

You can declare or change your Political Party Affiliation in two ways: 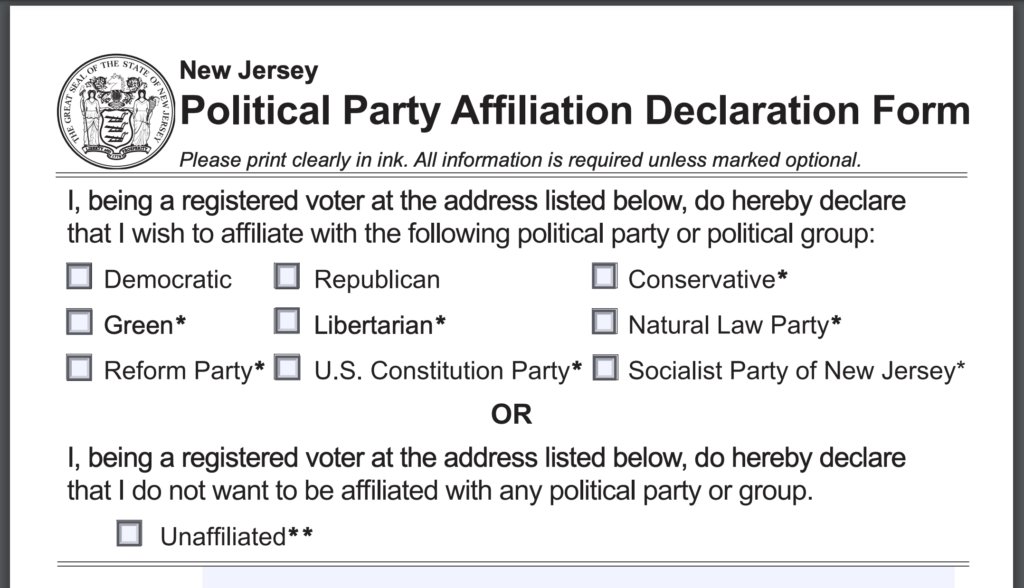 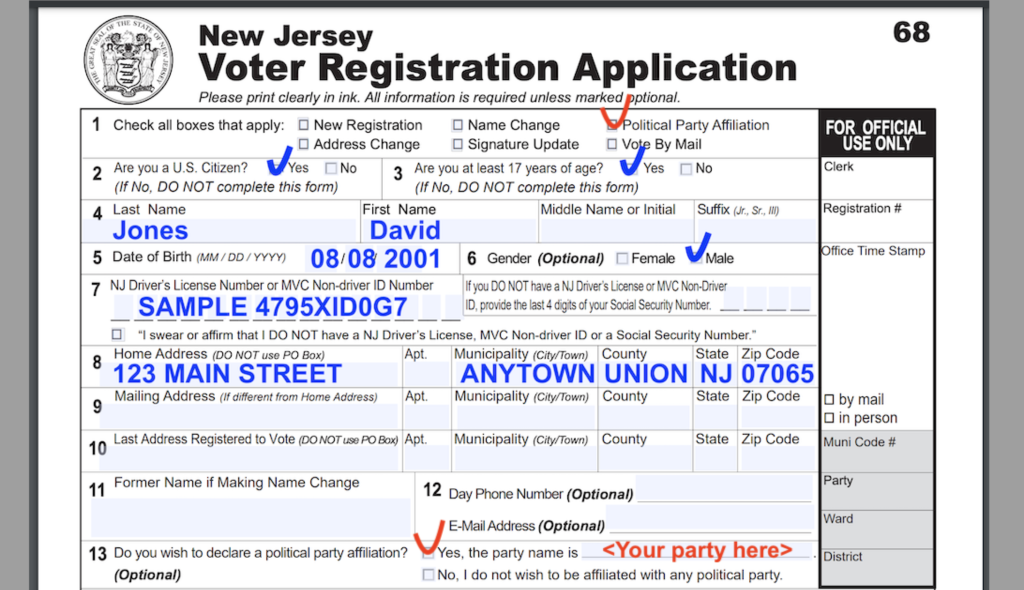 Why is voting in the June Primary Election Important?

To put the importance of primary elections in perspective, let’s look at Legislative District 20 and 24.  Each one leans heavily to one party.  And because voters typically vote for their affiliated party’s candidates in the November Election, whoever wins the Primary Election will win the General Election due to the highly skewed number of registered voters of that party in the district. Unaffiliated voters in both districts can have a big impact on the outcome by making their voices heard in the Primary Election and affiliating themselves to either party and voting. 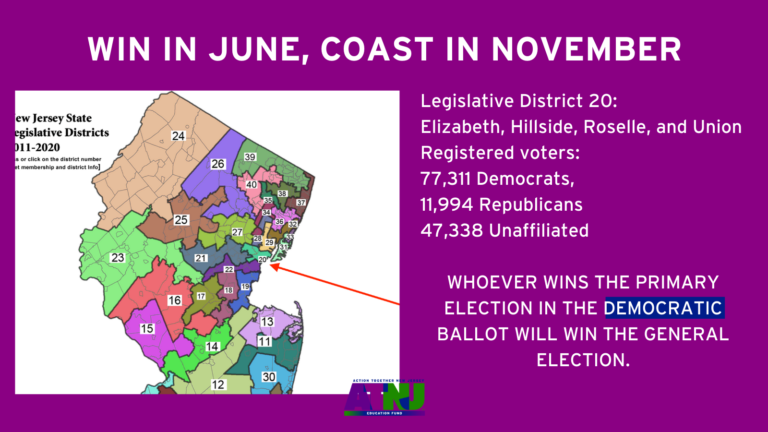 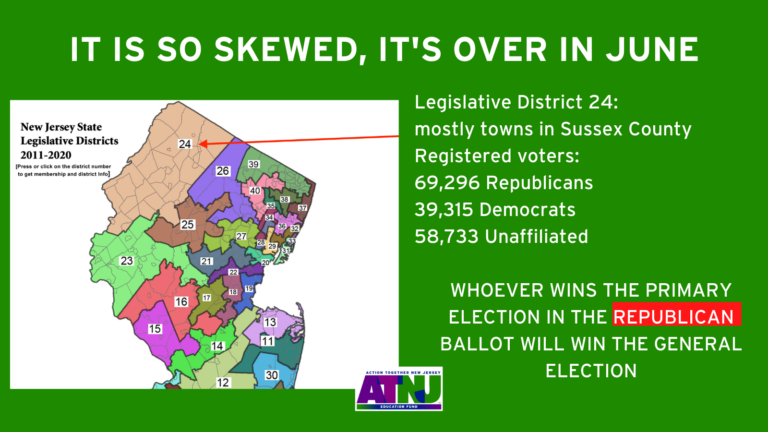